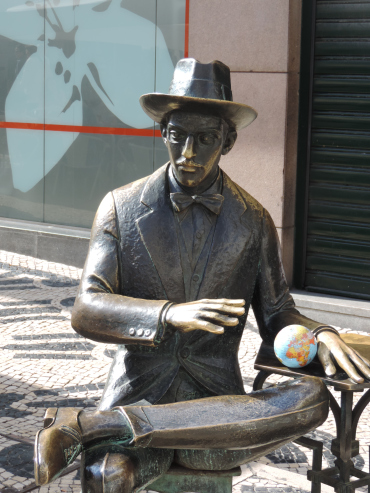 We spent Easter Sunday travelling between two continents, Africa and Europe, after a short but interesting visit to Morocco, which left us with the desire to return, in the future. As travelers, we followed the path that so many migrants, desperate and with the sole desire to find a place to live in peace, follow every day to attempt the assault on Fortress Europe that does not want them. Europe, the dream that often turns into a nightmare, indeed, many will never touch European soil, but will sink in the cold waters of the Mediterranean.

We, however, with our nice European passport, present ourselves to the ferry in Tangier and after a tenuous security check we climb aboard a huge ferry, at least 100 meters long and equipped with bars, restaurants and all possible services necessary for the long-drawn crossed the Strait of Gibraltar: 30 minutes for a total of 40 euro each, an inexplicable cost, as it is inexplicable the luxury, the services and their cost (in euros strictly, because the Moroccan dirhams are not accepted) on the ferry.

The sadness of the thought of how many people try to cross the strait and do not make it is mixed with the excitement of seeing Africa that fades away and Europe appearing at the horizon, a few kilometers from each other , so close but also so far away, from many points of view. Below us, a few dozen meters from the hull of the ship some dolphins peep, cutting the surface of the water with their agile fins, further away, slow, majestic and powerful move the whales, an unforgettable farewell to the African coasts and a warm welcome to the European ones. We disembark in Tarifa, on the Spanish side,and panting we catch the bus for Seville, we can get in the Andalusia capital by the evening, just in time to drop our luggage in our tiny room found on AirBnB and go out for a quick tapas and beer dinner The next day we are back on the road to Marinaleda, a rural town of 2,700 inhabitants in eastern Andalusia, famous because since 1979 is governed at the municipal level by an extreme left party that implemented a lot of progressive and socially advanced initiatives. In preparation for this visit we had read various articles on the internet describing Marinaleda like an island out of reality where they had implemented a few ideas belonging to utopian socialist and communist school of thought. We will discover that the reality is very different, more complex but also more “normal” compared to how it is depicted in the media – soon an article devoted entirely to Marinaleda in the “Research and movements” section. 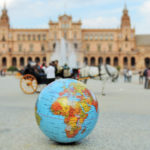 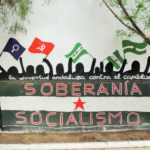 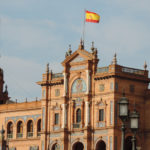 After the visit to Marinaleda we returned to Seville to discover a green city, historically very interesting and very enjoyable, spending our days and visit the old town, with its narrow streets, the cathedral and walking along the Guadalquivir that with its waters supports the flourishing Andalusian agriculture. With Gas, a friend of mine from Canale d’ Agordo who moved to Seville over 10 years ago, we also discover the Triana district with its colorful and vibrant market where they sell fruits, vegetables, cheeses and many local products, including meat of bull sadly killed during bullfight a few days before. After a quick lunch with Gas, his wife Beatriz, his son Alessandro and the little Ylenia we chased (yes, again!) the bus to Lisbon, that we managed to catch at the last second.

The days in Lisbon have been happy and sunny days of April, the streets of the Portuguese capital are dotted with tourists, travelers, but also stalls of vendors, buskers, beggars and professional smugglers who sell marijuana and hashish in the city center by showing the little packet on offer, as if they were selling innocent candies. As usual, we walk a lot, discovering the city, its sights, its parks but also tasting the flavors of this country on the Atlantic Ocean, including: delicious pasteis de nada (custard pastries) bought at the “Old Bakery of Belem”, just outside Lisbon and the superb chocolate cake enjoyed at the restaurant, “Lost in Esplanada”. In addition to walking, we use a lot the subway, easy to use and economical, taking us even to lesser known places such as the citadel of the EXPO 1998, certainly far from the pomp of 17 years ago but all in all a pleasant walk along the river Tejo before it throws itself in the Ocean.

We say goodbye to Lisbon on a hot sunny afternoon, in the shadow of the monument to “the fathers of the discoveries”, a work dedicated to the protagonists of the great Portuguese exploration expeditions of the XV and XVI centuries, including the Prince Henry the Navigator, Vasco da Gama and Ferdinand Magellan. We do not really like the monument, also considered the results of the exploration that led to the extermination of millions of indigenous people and the systematic looting of mineral and natural resources in the vast conquered territories of the Americas, Asia and Africa. We prefer to enjoy the view and watch the elegant seagulls flying over the waves of the Atlantic Ocean, as we will do, after a few hours, next stop: S. Francisco. 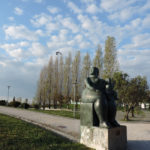 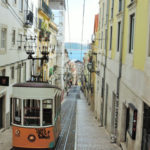 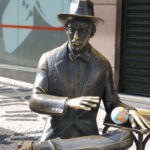