Marinaleda, the concrete normality of utopia

Marinaleda, the concrete normality of utopia

The sun shines above the big trees along the avenue, the village streets are empty, deserted in this lazy and soporific Monday afternoon in April. We left behind the sparkling and colorful Seville, just over 80 kilometers of highway and 30 of lush hills, green, as the color of grain in this season, we entered in Marinaleda, a small town of 2,700 inhabitants in the province of Seville , the capital of the autonomous community of Andalusia. The houses are almost all white and lying on a slope uphill in the Genil valley. The basin is covered with olive trees literally out of sight, olive trees from which they produce the best oil in the world, as it says modestly one of the biggest oil producers in the area. We, however, are not in Marinaleda for its green olive groves but to see with our own eyes a village in the Andalusian countryside on which many articles were written on international media.

Usually the articles describe Marinaleda as a utopian place, where the municipal council and the people have made choices defined from time to time “socialist” or “communist”, where unemployment does not exist, all earn the same salary, everyone has access to social services and the house is given for free by the municipality. All this is only partially true, and often what is written about Marinaleda is approximate and superficial. Some articles even included photos that allegedly portray Marinaleda but in reality show some other nearby village. 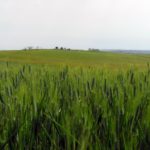 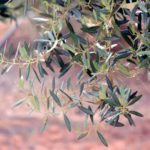 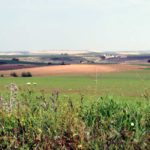 In 1975 the Spanish dictator Franco died, in 1976 Spain legalized trade unions and, in the area of Marinaleda, a high school teacher, Juan Manuel Sanchez Gordillo, two priests: Estaban Tabares and Diamantino Garcia, along with other activists sensitive to the living conditions of farm laborers, formed the SOC – Sindicado Obrero del Campo (Agricultural Workers’ Union), who became SAT – Sindicado Andaluz de Trabajadores (Andalusian Union of Workers) in 2007. In 1979 the first democratic elections under the new constitution, SOC formed a political party called Colectivo de Unidad de los Trabajadores (Workers’ Collective of Unit) run for elections (and won) in Marinaleda, which at the time had 2,300 inhabitants, mostly day laborers and the landless. Since then, Marinaleda has always had the same mayor, who on May 24 this year will candidate for the tenth time. ALTERRATIVE met the current deputy mayor, Esperanza Saavedra, born exactly in 1979 and Saul, 29 years old, a computer technician and musician born and raised in Marinaleda. Esperanza, 36 years old, a mother and a kindergarten teacher, welcomes us in the mayor’s office where the flag of the short-lived Spanish Republic stand. Esperanza, with her smart and bright look tells us the story of Marinaleda, which she calls “a human experiment, with our virtues and defects”. She labels her community essentially as “anti-capitalist” but also, in some respects “communist, anarchist, socialist and Christian.”

There is not always work for everyone, every day and throughout the year, part of the solution to this problem is to work less but to work all, managing collectively the work and the shifts. The economic crisis that began in 2008 has affected Marinaleda too, but if the situation in the surrounding areas has put workers in competition against each other, leaving 50% of young people out of work, in Marinaleda, the crisis means only that people work a little less but at least everyone has a job After the outbreak of the crisis in the construction sector, which was based on the evanescent and unsustainable development promoted by Zapatero’s Spanish Socialist Party (PSOE), many young people with no education, qualifications and technical skills that used to earn up to 2,000 Euros a month as masons on the Costa del Sol, found themselves looking for work in the fields. Now they earn, as everyone, 47 euro per working day, including Saul, a qualified computer technician with a university degree obtained studying outside Marinaleda, who earns, per day, as much as farm laborer. The difference is that a farm labourer does not work out of season, whereas Saul is always works from Monday to Friday throughout the year. Esperanza explains how they select highly labour-intensive crops to be planted in order to create jobs, such as: peppers, beans, artichokes and olives.

The economic engine of Marinaleda is the agricultural cooperative founded after obtaining 1,200 hectars of land, result achieved through an occupation and a long negotiation with the government, in a almost feudal system the land was part of a large estate belonging to the Duke of Infantado who was not exploiting it. The land to the tiller, a goal achieved by men and women together. Women have always been participating in the struggles of Marinaleda, Esperanza says that if the woman is mobilized mobilizes the entire family, including children. Says that the development of Marinaleda has also changed women’s condition, many women now have a job, they have the driving license to reach the fields and their men are obliged to help out with the housework, this was unthinkable 30 years ago.

Another aspect of public administration of Marinaleda is making sure that living in the village does not cost much: nurseries at 2 euro per month, swimming pool at 5 euros per year and many other facilities for sports and cultural entertainment for free. Marinaleda, critics say, benefits from many subsidies from the community of Andalusia, the Spanish State and the European Union, this may be true or not (Esperanza says that Marinaleda receive 6% less than the average of the loans received by municipalities Andalusian) but one must also take into account that in order to be funded, a village must also have a strong, serious and authoritative council but above all honest and transparent, seemingly administration CUT led by Gordillo is all of this, and that is the envy of many Spanish municipalities.

Marinaleda defines itself a “utopia toward peace” but in everyday life, Marinaleda is not a utopia, it is just one example of serious politics, or thinking to the public before one’s own personal interests, both Esperanza Saul agree that not all the residents are always happy to all decisions, but decide together as a democratic majority. Almost always someone does not agree but it is the price to pay for Marinaleda prosperity. The data are clear: +400 residents in 35 years, a good sign for a small rural town in one of the poorest areas of one of the countries hardest hit by the economic crisis of recent years.

Marinaleda is not immune from the effects of the crisis, even here there is competition for job with workers from Eastern Europe and North Africa but, as Esperanza says: “you have to understand that the real enemy is those who exploit, who does not respect the rights and the minimum wage, not who is exploited because ‘desperate and illegally in the country. “ 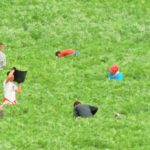 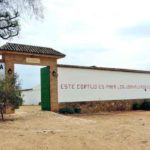 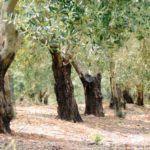 Esperanza adds that the successes of Marinaleda were made easier by the relative homogeneity of the social fabric, 90% of the working population are agricultural laborers. The CUT also governs other towns but since they are less homogeneous the struggles and demands of each interest group have made it more complicated to obtain similar results.

People of Marinaleda are conscious of being an example of the inconvenient fact that is possible to make decisions for the common good for the public interest, they are aware that this bothers the establishment and that is a dangerous example for the capitalist neo-liberal and individualistic system that is based on the mere research for profit and private advantage. Despite this, Saul, is not very optimistic, says that younger people, adolescents and neo-twenties, are struggling to work for free, sharing and being solidaire. Also for this reason, therefore, every year, during Easter week, in Marinaleda, takes place the Cultural Week for Peace, an initiative alternative to religious celebrations so common in Andalusia, a week to talk about peace, solidarity and justice.

A three-day visit is not enough to understand Marinaleda and we still have many unanswered questions, many doubts, but we found something much more normal, concrete and simple than we expected after reading articles on Marinaleda published by newspapers and international media. How perfectly sums up Saul: “What we are doing here is not that crazy. They are normal things that, if you wish, you can do from anywhere, provided that money and profit are not the guiding principle of everything you do and that people realize that it is not the money that we need to be happy and to live well. We just need to be more humble, satisfied with what we have and sometimes to fight for our rights, to be firm in our ideas and to defend them. In the end, if it’s not you that defend your ideas, none will defend them for you, that’s how things have been achieved here, so it can be done anywhere. “