All the land for all and forever! 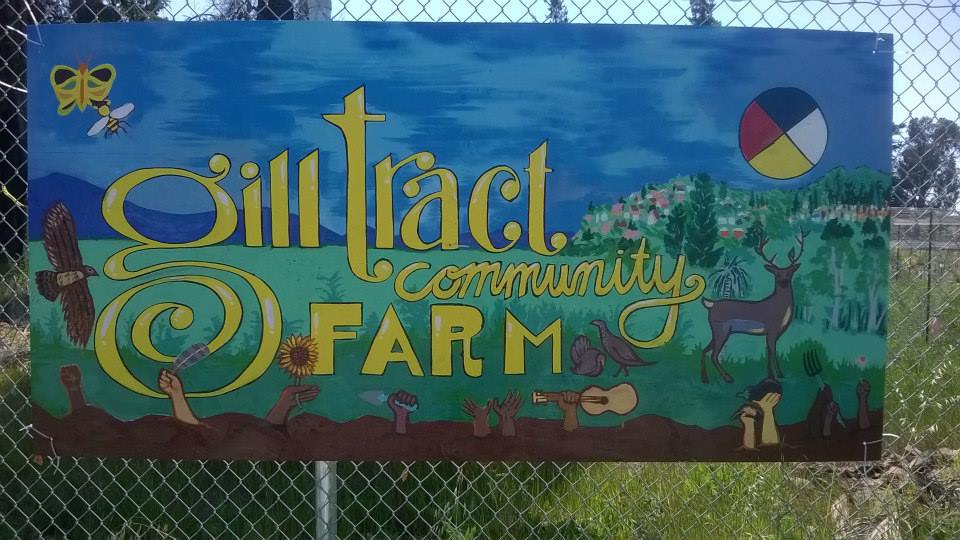 All the land for all and forever!

It seems to be in a movie but we are not. The bad: the greedy managers of the american university allying with real estate speculators and transnational companies;against the good: normal people, shy and smiling youngsters, smiling, middle-aged retired ladies who cultivate a piece of land surrounded by asphalt, cars and sidewalks. The vegetables grown on the plot allow to save precious dollars, especially given the high cost of living in the area. Sometimes, vegetables are instead sold and the cash obtained is used to help those in need, an unforeseeable event, but rather frequent, in a society such as the US, in which easy dismissal and poor social welfare is the rule.

In the land of Hollywood we feel like in a movie, we are in the town of Albany, California, just north of Berkeley, in the San Francisco Bay Area, home of the first university in California and one of the best and most famous universities in the world. The ground where we sit is a place of struggle and resistance of the many “Davids” of the Gill Tract Community Farm against the “Goliath” of the University of Berkeley. We are talking to Vanessa Raditz, a 25 year-old American who attends a masters course in Public Health at the University of Berkeley and who “discovered” the community farm of the Gill Tract as a researcher and educator as part of a project to analyze the soil quality. Vanessa was teaching and took her students to learn at this beautiful community farm. Since then, she is involved in the struggle of this small community because ‘fascinated by their theory of change and by the vision of the world towards which they want to transition to. 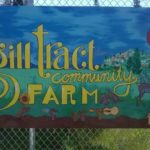 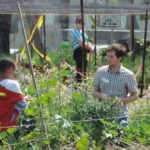 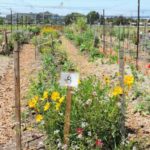 The Gill Tract, a land originally inhabited by Ohlone indians, a plot of 20 acres (8,937 square meters) that is all that remains of a field of 100 acres (405,000 square meters), purchased in 1929 from Berkeley university. Over the time, the land was used to build military barracks and housing for students. In the mid-90s, the university, seeking funds, developed a project to exploit the land for the construction of retail shops and very expensive private housing. The project immediately generated strong resistance from the community and the same university students, also supported by the NGO Food First, which instead proposed to the university to transform the land into a center of urban agriculture.

The community fought politically within the City Council meetings, filing legal cases and raising issues of environmental and social impact and underlining how the project was breaching several municipal regulations. All these actions resulted in the temporary blocking of the process of commercial exploitation of the land. The situation remained blocked until 2012 but, 22 April 2012, community residents and students of the university, also inspired by the movement “Occupy” born in the meantime the United States, decided to occupy the land: they organized a march for the World Earth day, walked to the Gill Tract Community Farm, occupied the plot cleaned and prepare it and finally planted 2 acres with various vegetables. The participants, at least 80% women, were a mix of young people, children, elders, Mexican immigrants, African Americans, homeless, or as Vanessa says: “a convergence of energies for the common good.” The occupants camped 3 weeks to defend the land, at the same time they also launched a campaign to collect 1,500 signatures necessary to vote in the city council a local bylaw that would protect the land. 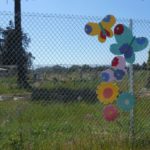 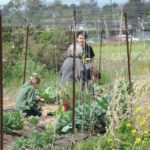 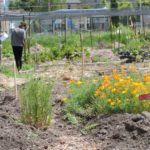 The supermarket chain “Whole Food” company, the largest investor in the project, pulled out from the project. Thanks to this land occupation, the College of Natural Resources at the University of Berkeley, which was already using the Gill Tract Land for agroecology experiments, obtained about 10 acres in use until 2022. Of these, about 1.3 acres (5,200 meters square) were assigned to the community to develop a community urban garden.

Vanessa tells us how the official and legal recognition of the land has created the conditions for many people to join the movement. Without it, many people would not have entered into the movement defending the Gill Tract since the occupation of the land is a radical and illegal gesture act, and therefore a barrier for many people to take action. Another key strategy was creating links with some sectors of the university interested in agro-ecology that have allowed the movement to bring resources to support the urban community farm.

One of the points of reference for the Occupy Farm movement of the Gill Tract Community Farm is the Brazilian Landless Workers Movement (MST) with which they developed contacts and exchanged visits in occasion of special events. They admire the MST for its success in returning the land to the peasants in Brazil and in their flexibility in changing their strategy over the years but also for how they relate to the central government. In fact, as Vanessa says: “the MST tries to attract government schools financed by the State in their territories recovered though occupation. Similarly, we are against many decisions of the university but we are trying to work with them to change the direction in where the university is going. Some people disagreed with this choice and left the movement because they wanted a more radical opposition to university. Our goal, however, is to bring our ideas to the center of public discussion. What we want is food sovereignty as opposed to the false solutions such as GMOs, pesticides, public-private partnerships. We try to move the realm of the politically possible towards food sovereignty and this is achieved also doing something radical, extreme, crazy, outside the politically possible. Our strategy is to chase crazy dreams, achieve them and make them law institutionalizing them. We must be strong also to balance the fact that the political field of the false solutions is continuing to experiment and create new false solutions.” Vanessa continues: “When you begin to wonder why the university chooses not to support urban ecologic agriculture, the issue becomes political and enter the dimension of power and money behind some political and administrative decisions. It is not just the fact that the university has no funds, it also depends on how the university uses these funds. In the model of the neoliberal austerity that encourages partnerships between public universities and private companies. Right now, companies have replaced the public interest as a guide of university research. For example, in the plot of land belonging to the university next to our farm they are conducting genetic experiments on plants driven by a business model of agriculture and industrial giants like Monsanto and Novartis (now Syngenta) they have literally bought areas of university research. The same principal executive Associate of the Faculty of Natural Resources [Steven E. Lindow] has made a career doing research on GMOs and patenting microbes and living beings, the basis of life. “

As can be understood from Vanessa’s words, starting from the land issue, the social mobilization gains strength when framed politically and socially in a broader context, when the movement realizes that the world they want is different from the one proposed by the political and economic powers and finally decides to fight to build a different world.

Despite this, Vanessa is hoping for a happy ending: “We hope to expand the project in the north and stop the speculation in the rest of the land. We are disputing the power, building the future we want to see materializing what we want. Our motto could be: all the land for all and forever! “