The Great City of Mexico City 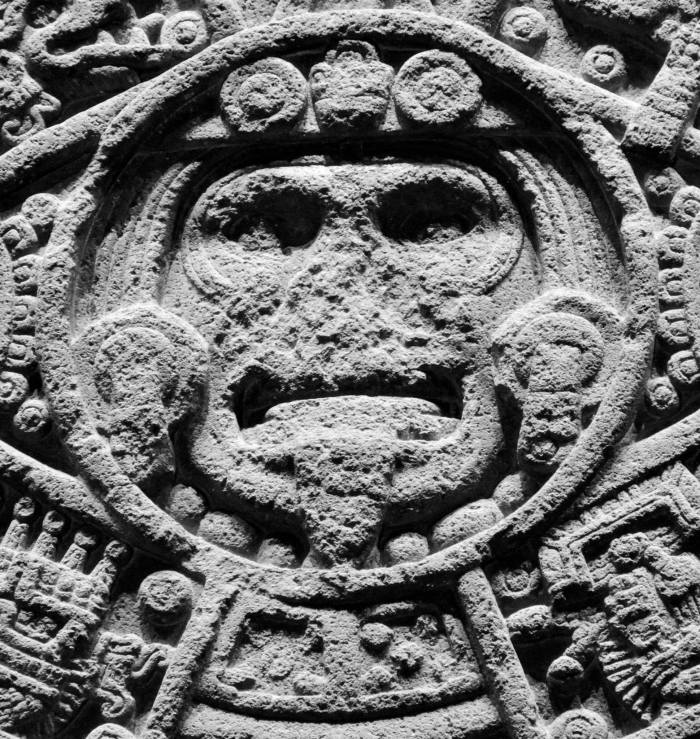 The Great City of Mexico City

(Thanks to Laura Piermartiri for the translation)

From the 46th floor of the Latin-American tower, it is impossible to see the  boundaries, immense and located at 2,200 meters above sea-level. The roofs of the houses stretch as far as the eye can see out of Mexico Valley, part of the Texcoco lake area. Suddenly, San Francisco does not seem so big any more. In the recent past years, the Mexico City metropolitan area, incorporated 40 surrounding municipalities, extending the area of the Federal District: the urban population grew up to 9.7 million people and that of the metropolitan area up to 24.7. A big city as large as Mexico City or DF (el defe – as the majority of Mexicans call it), needs a big square: the Zócalo, formally called Plaza de la Constitución (Constitution Square), is actually the third largest square in the world. When we first reach there in the early afternoon, the first thing that strikes us is its emptiness. Perhaps because of the hour of the day and the sun’s heat, the square is completely empty: neither a passerby nor a street vendor, or a child. The exact opposite of the streets downtown where rivers of people incessantly flow in all directions, overcrowding the city center in an ordinary Friday afternoon. We decide to join the flow and to dive in the noisy stream of people passing fast, so we find ourselves in front of Cafe Tacuba by chance. Stefano says, “We can eat here, I know there is a band called like that.” We go inside. An elegant mustachioed waiter opens the door of what appears to be a normal café, whose entrance is a simple wooden door. Instead, the Cafe Tacuba is not just a place to eat something: it is one of the historical sites of the DF, where in 1922 Diego Rivera organized the wedding banquet for his marriage with the writer Guadalupe Marin and where many Mexican presidents and governors used to dine. Struck by the beauty of the frescoes on the walls and of the decorations on the ceilings, we sit to taste some delicious enchiladas (corn tortillas filled with cheese and covered with tomato sauce) while a mariachi band starts playing traditional music. Happy for this accidental discovery, we leave the Café satisfied and with a map in our hand, we try to decide a direction. Where do we go? Difficult to choose among the tons of things to do and see in DF. We decide to start with Frida Kahlo, Diego Rivera and the Archaeological Museum. 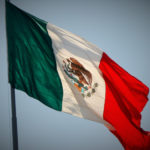 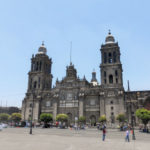 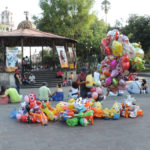 The long queue in front of the entrance of the Casa Azul (Blue House) scares us a little bit. Unsure whether to wait or not, we decide to wait, munching potato chips with hot sauce to kill time. One hour later, we are in. We are speechless in front of the Frida Kahlo paintings and curious to see the house where she lived, painted and created for most of her life. After her death in 1954 when she was just 47 years old, it seems that her husband Diego locked up all her works asking to leave them closed at least for 14 years. Casa Azul itself is the expression of the Kahlo and Rivera spirit of life and art, not just because their paintings are showed in there, but through the furniture, the arrangement of palettes and brushes, the kitchen where they used to cook only pre-Hispanic dishes it is possible to understand their political and social commitment. Two of the paintings we most enjoyed are “Marxism will give Health to the Sick” and “Still Life“, where Frida expresseses her obsession with motherhood and her troubled relationship with her body. Moreover, the butterfly collection gift of Isamu Noguchi and the pictures of Trotsky (friend of the couple murdered in Mexico in 1940), Marx, Lenin and Stalin hung above her bed show her political affiliation. Finally, her wardrobe with her clothes, which are pure art too: decorated corsets, adorned prosthesis, floral skirts, jewellery, long dresses. They are another colourful expression of Frida’s creativity who tried to turn weaknesses into strengths, but maybe also an attempt to hide what is hard to accept. “Appearances can be deceptive” is the title of a sketch where Frida represents herself dressed in sheer fabrics that reveal her prosthesis and the bust. 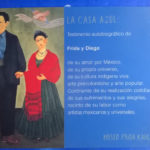 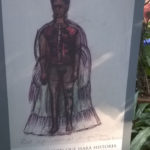 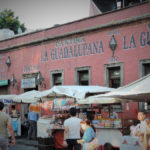 Casa Azul is located in Coyoacan, a nice and colourful colonial citadel in the suburb of the ever-expanding DF. San Juansquare is full of families, young couples, children, along the main road a multitude of stalls sell esquites (hot corn with mayonnaise, cheese and chili), hot corn cookies, clothes, jewellery, T-shirts, cotton candy, balloons. The lovely atmosphere persuades us to stay a little bit longer and to stop to eat something for dinner right there, between the ungainly music of “All you need is love” played by the diamonica of a willing guy and small children selling marzipan.

In the following days, we continue our exploration of Mexico City following the artistic path. The few Rivera paintings hosted in the Casa Azul did not particularly impress us. We immediately change idea when we see his murals in the National Palace. We find out more about the muralists’ movement which started in Mexico in the 20s of the last century in the wake of the revolution of 1910. For Mexican muralists, art is politics and they refused the concept of art as a job commissioned by wealthy private people. On the contrary, art has to be an artistic activity in defence of the interests of the whole society, especially of the oppressed classes. For this reason, they made frescoes on public buildings, in order to allow everyone to access and benefit from artistic messages and their training contents. The Mexican Communist Party expelled Diego Rivera, who was its secretary, to have painted murals in the National Palace, home of the ruling class since the Aztec Empire. Rivera murals represent the different stages of Mexican history: the pre-Columbian civilizations, the arrival of Hernan Cortes, the first constitution of the United States of Mexico in 1924, the Revolution of Emiliano Zapata and Pancho Villa.  In the murals, there is a strong emphasis of the role of the church in converting the natives and the influence of Marxism and communism in Mexican political life. There is a representation of Frida holding an open copy of “Das Kapital”, standing next to her sister Cristina, whom Rivera had an affair with. 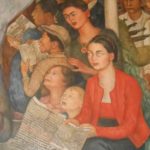 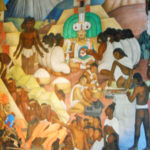 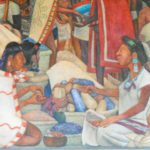 The history lesson continues at the Archaeological Museum, one of the largest museums in the world, located in Chapultepec wood. Large 44,000 m2, it houses the largest collection in the world of pre-Columbian art. A specific room is dedicated for each culture where the treasures of the Mayas, Aztecs, Olmecs, Teotihuacan, Toltec, Zapotec and Mixteca are preserved. The Mixteca room kidnapped our attention where we were hypnotized, like many others, in front of the Piedra del Sol, the Aztec cosmos representation dominated by the sun god figure at the center of it.

We end our stay in DF with the visit to the community in Nexquipayac, in Atenco town, a few kilometres from the city, known to most people for the bloody incidents of May 2006(article on “research and movements”). Thanks to our friends of Frente de Pueblos en Defensa de la Tierra (FPDT, Front of Peoples in Defense of the Earth) of Nexquipayac we walk through what was an Aztec village overlooking  Texcoco lake, where you can find pieces of vessels, inscriptions and engravings of that time and where the traces of the ancient aqueduct are still visible. To date, the FPDT claimed many battles and continues to challenge the Mexican government willing to build a new airport just where the community lives, cultivates and tries to preserve and defend the archaeological area of Atenco. The Mexico City International Airport “Benito Juárez” is no longer appropriate to receive the millions of tourists who arrive to visit Mexico every year. For this reason, the government plans to expand the airport accommodation facilities with the objective to reach a capacity of 32 million people.

The great city of Mexico City therefore needs a larger airport. Unfortunately, political interests and speculation outweigh the values of what could really make this big city even richer from a cultural and historical point of view. Some people do not want to see its history, its culture and its life covered by cement and they do not want to give up but they continue to fight for the values they believe in. These people are not afraid to challenge the giant DF because they are greater than it as the love for the land that inspires them. 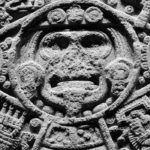 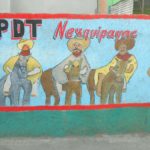 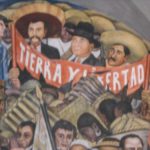