To the Zapatistas compas 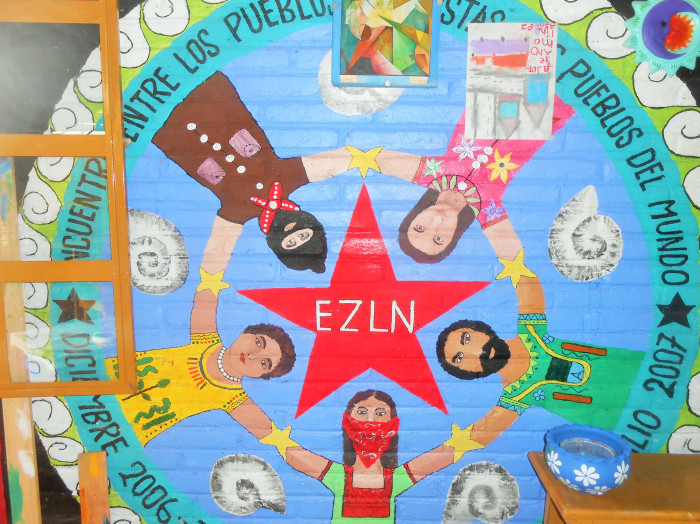 To the Zapatistas compas

It has passed already couple of weeks since Daniela and I, visited your communities for a few days, that, as we have learned, are called “support bases” but for us are the “bases of hope.” We read these days that the “bad government”, as you call it, through some gangs of people bought to the sound of pesos continues to hinder your process of autonomy, your journey of hope and peace, through intimidation, violence and material destruction. This saddens us, but we know that ideas do not die and your daily commitment to build “a world that contains many worlds” is more alive and stronger than ever, despite the “hydra of capitalism” is using all the means at its disposal to stop you. We know that, despite everything, this hydra is weak and ineffective because ‘made of money, lies and corruption while your eyes, your voices, your smiles speak of freedom, justice and dignity.

The phrase “to lead-by-obeying”, explained with the iconic sentence displayed all over the Zapatista territory: “the people command and the government obeys” seems an oxymoron but it is not, it should be a basic rule of democracy. In fact, many governments that call themselves democratic tend to obey more to soulless and antidemocratic international bodies rather than to their own people because they are afraid that the lies and fears they spread through their media sooner or later will stop being effective.

We were surprised, pleasantly, to know that your young representatives, your government, do not have full freedom of initiative but must submit any new idea to the deliberation of the popular assemblies but above all that those who “lead-by-obeying” must also be accountable for every single peso spent in the administration of the caracol.

We can still feel the crunchy corn tostadas under our teeth, we ate them with you accompanied by your beans and a sweet hot coffee, all fruits of your wonderful land, thank you very much for sharing this tasty meal with us.

Perhaps our visit was too short, but it was very intense and putting our hearts close to yours during our hugs and handshakes has deeply touched our souls. We were also quite impressed by seeing so much awareness of local, national and international problems and at the same time, amazed to see your strength and determination to endure all of these challenges with peace and dignity. We saw women, men and children, families united in creating the autonomy starting from the community and from your daily life because ‘, as you say, “our struggle is prolonged, you have to walk without hurry but without pause.” There was no better choice than the snail (caracol) to represent the slow revolutionary path of the Zapatista communities that does not leave anyone behind, while the rest of the world (or almost) goes faster and faster, leaving behind those who cannot run, praising those who are quicker and clever in taking advantage of others’ weaknesses. 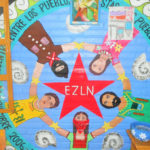 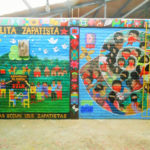 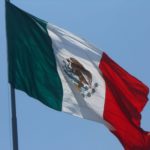 Before meeting in Chiapas, many people had told us that the Zapatistas and the EZLN no longer existed, but we will have found you more alive than ever, in recent months we have seen that even the thought of Zapata is alive and walking on many legs, indigenous and non-indigenous, and that in this great American homeland blows the wind of his ideas. In some places people still are enjoying the fruits of giving the land to those who work it, despite the age of those in power do not allow them to see the future and the present with clarity and find appropriate solutions. In other countries, behind the lie of the 21st century socialism the land and labour remain in the usual dirty hands of a privileged few, applying old and antiquated recipes selling them as revolutionary, when in fact the power, that from above, changes colour, changes its skin but it remains deaf to the cry of the past, de los de abajo (those from below) and continues to plunder mother earth.

Zapatistas hearts cries “land and freedom”, the freedom to work the land in peace in order to provide food, shelter, health and education to their sons and daughters with dignity and hope. Earth and consequently food, essential in order to continue the resistance and fight, fight to live a better life on their ancestral lands, according to the secular rhythms, rather than beg for a job in the city where it is almost impossible to keep the identity and the mere survival becomes the goal of the whole existence. Your “action-thinking”, the combination of thought and action, is expressed from the agricultural point of view by cultivating without chemicals that are expensive, harmful and create dependency on the market, zapatistas feed their communities with healthy quality food rather than selling their products, keeping the soil fertile, loving the soil, which is life, saving water, saving seeds, all conscious and courageous choices. One way to action-thinking alternative to the dominant agricultural model, dominated by chemical pesticides and fertilizers that damage the soil, intensive use of water, by genetically modified seeds and monoculture model, all factors that endanger the delicate balance of Chiapas biosphere.

Sharing what you have, working together overcoming difficulties and selfishness, collectivizing land, time, food as the only alternative to surviving begging the crumbs administered by the “bad government” which, although beneficial in the short term, divide communities, create differences and envy. The Zapatistas choose every day to work hard, work a lot, work together without waiting for the government to donate cement, money or food, poisonous fruits that turns against the community by creating a bond of dependency, patronage and manipulation.

We visited you also to learn from your “walk-questioning” and you answered our questions with honesty and sincerity, not responding to those you could not. Concerning the future, you have answered that your future is to continue walking along the Zapatista path, continuing the struggle and the resistance started 20, 30, 500 years ago. A future you care and that you know is depending on todays’ children, for this reasons you have decided to educate them in the full sense of the word, to allow them to become members of the community at the service of the community, rather than sending them to urban school managed by the bad government where students forget the indigenous language, get ready for life in the city and do not learn almost nothing that can be useful in their communities of origin, in the countryside.

This letter, was written to thank you for the opportunity of meeting you and see with our own eyes how you are building independently, with justice and dignity, a world that contains many worlds, gradually and from below. The emotions that you have unleashed in our hearts are very strong and in a very short time you have left an indelible sign on our soul, we hope that our paths will cross again in the future meeting each other again in the heart of the rainbow of our hope.