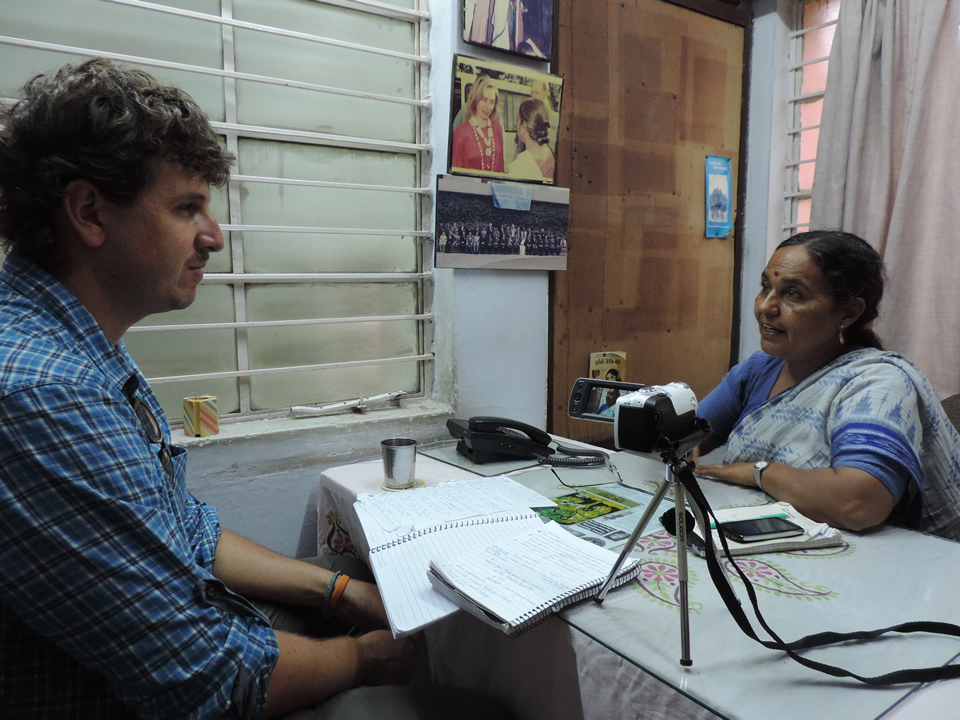 Our film: “We belong to the Earth” can be watched here below and on YouTube by clicking on this link: https://www.youtube.com/watch?v=9Su4E8wKpKo&t=3s

The idea of the film was born on the road, listening to the stories of the wonderful people who Stefano and Daniela meet while travelling: seeing their smiles and gazes they realize it would be too difficult to make on paper what meetings and tales of people instill them; a film, instead, is able to leave out filters and mediations putting people at the center of the narration giving space to words, gazes, colors and sounds.

All the interviews and images of the travel have flown into the ALTERRATIVE film, whose main subject is that of stories of defense of common goods (water, land and food) and of the development of alternative realities.

In the first place the film faces the theme of fight for the land and the possibility from local communities to decide how to use it, resisting to harmful projects like mine extraction, building speculation and big infrastructures, mega-projects often useless and imposed on communities by force, to which the civil society is replying proposing alternatives that are more sustainable and socially acceptable.

In the second place the film tells about the fight for defending water as common good and of resistance to its privatization. Land and water, together with seeds, are the base of agriculture: the film reports also the work of those taking position against conventional agriculture based on chemistry and monoculture, an agriculture aimed at profit in favor of organic, diversified and sustainable farming, mainly intended to produce healthy,  genuine food.

A specific part of the film is about the role of women; frequently women are indeed the real protagonists of the defense of their rights, those of their families and communities. Women are very often shining examples of power and tenaciousness, but also active promoters of economic, human and social development from below.

The film addresses young people and adults, men and women, and wants to tell how any of us can change the reality surrounding him/her, it doesn’t matter how complicated and difficult it may seem. Commitment and union allow to face any type of problem and to look for different worlds where to build new realities, more sustainable and more harmonious, with joy and hope.

The ending is positive, bright, made up of all the messages of joy and hope gathered along the trip, the shy smiles, sweet words, deep, strong thoughts, expresses by normal people fighting personally and daily for values like peace, freedom, equality and justice, who have often paid, and still pay, at a hard price for their choices.

All the material used is original, made up of interviews in Spanish and English, recorded during the trip with more than 60 representatives of 33 social movements, unions, community organizations, cooperatives, social enterprises, local NGOs and research institutions.