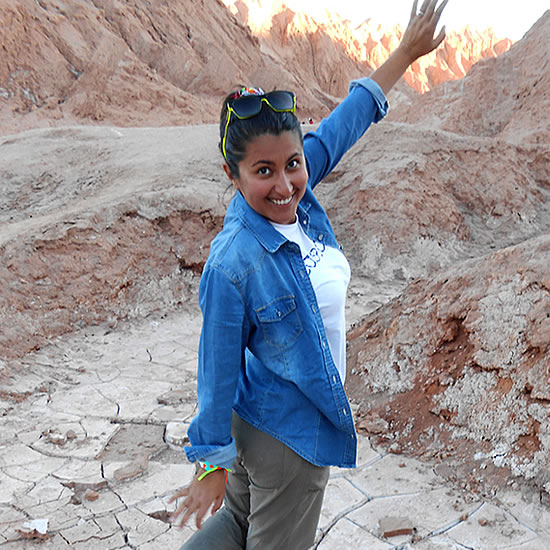 Daniela Biocca, also called “Bobiù”, from Grottammare (Ascoli Piceno), has a foot size of 39 and the mild yet determined step of those born among the green hills of the Marche region and the beaches of the Adriatic Sea.

With a degree in International Political Science, she studies in Bologna, Leuven (Belgium) and Perugia. Just graduated, in 2009, she starts a collaboration with the NGO C.V.M. – Comunità Volontari per il Mondo  in Porto S. Giorgio (FM), again in the Marche. With the same organization she leaves for Tanzania in 2011 where she remains until 2014, first as volunteer for the civil service abroad and then as country representative, working alongside women, girls and children committing to the promotion of women’s rights and reinforcement of their condition especially through education and microcredit.

In February 2014, though, her heart takes her to South Sudan, where she reunites with Stefano. In Wau, in the state of the Western Bahr-el-Ghazal, she finds herself committed to the management of projects centered on sustainable agriculture, food safety and education for the NGO “Mani Tese”.

After 4 years in Africa and in the field of NGOs she decides to set off to discover how activists who imagine another role for women in families and contemporary society live and fight.  After living in Amman, Jordan, for one year and half working for the communities and the women from north Jordan, in September 2017 she moves with Stefano to London, where she is currently attending a master at the SOAS (School of Oriental and African Studies) University of London in Labour, Social Movements and Development.