“Would you like to hear a story?” (The incredible life of Sami, tailor of Jerusalem) 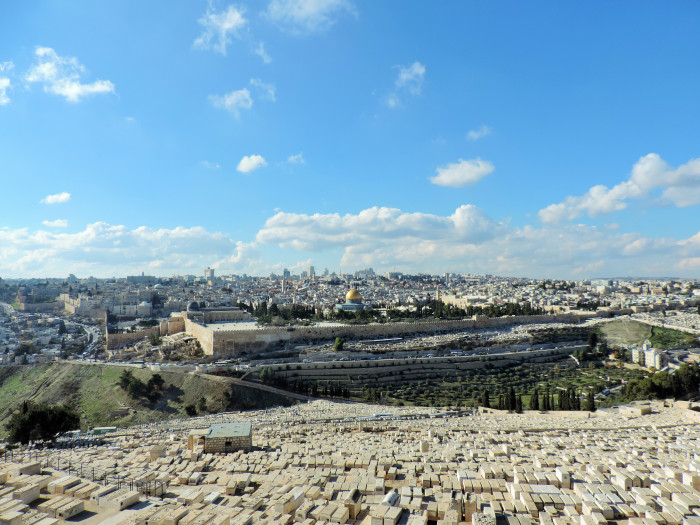 “Would you like to hear a story?” (The incredible life of Sami, tailor of Jerusalem)

The sun is setting behind the green hills of olive groves that surround Jerusalem, we are walking uphill on a narrow deserted street of the old town, the cold biting our cheeks. Indifferent and discussing our dinner plans for the night, we walk past a small shop with a lot of colourful scarves on display, the only one in the whole street. A few meters passed the shop, an elderly gentleman approaches us asking our nationality and we tell him we are Italian.

We expect it straight away to be another selling attempt, so frequent from the many vendors of the old city, but the second question is more intriguing and catches our attention “Would you like to hear a story?” he says. We can’t help lowering our guard and giving in to the curiosity of discovering what this elegant gentleman has to tell us, so we walk back.

Sami introduces himself and invites us to his shop, a modest but charming tailor’s studio now selling scarves, cashmere shawls and religious dresses, still furnished with the original furniture that have been there since 1959. As we sit, Sami, born in 1935, starts telling the story of his life.

In the 50’s, when still a teenager, Sami started working as an apprentice for a tailor shop in Jerusalem. The very low pay and his ambition made him very quickly unhappy of this secondary role and pushed him to leave and move to Baghdad, at the time a prosperous and full of opportunities city ruled by King Faisal II.  Sami remained in Iraq for three years, continuing to study as a tailor, but with a much higher salary than he would have earned in Jerusalem. At the fall of the king, killed in July 14, 1948 during the Iraq Republican Revolution, he finally decided to move back home and, with the money set aside, to buy the shop we find ourselves right now. The competition in Jerusalem was fierce and, to gain credibility, Sami had the idea of telling everyone that he had completed his tailor-apprenticeship in Italy. To support this white lie with facts and make it credible, he then bought the book “Evidence, defects and corrections”, technical series # 4 of the Clothing Encyclopaedia written by Antonio Sandre and published in Turin in 1958. The book contains tips on how to make clothes based on both on male and female measuring, creating models suitable for all types of bodies: small shoulders, long arms, valgus legs. 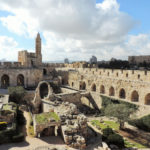 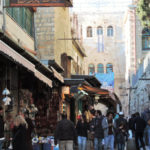 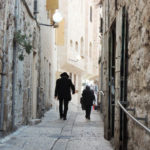 As we leaf through the book and smile at its archaic language, Sami tells us more about the expedients adopted to convince clients and acquaintances that he had lived in Italy for real. Obviously, a lot of curiosity was focused on the Italian food, this is why he became a frequent customer of a well-known local Italian restaurant, run by Gino Neri. Gino, after marrying a Palestinian woman, had remained in Jerusalem and opened an Italian restaurant, as it often happens to our compatriots around the world. Furthermore, to clear any doubts, he started deepening his knowledge of Italian popular culture by watching movies with Sophia Loren and learning to sing “Guarda che luna” by Fred Buscaglione. Eventually, what really mattered was not if he had been to Italy or not but that he was extremely talented: the business took off and he quickly became one of the most famous tailors of Jerusalem. The sales were pushed not only by his presumed training in Italy but also by simple and effective marketing tricks like walking around the city only wearing clothes created by himself or giving away a tie or a handkerchief with every purchase.

We are amused to hear him claiming five different nationalities:

The sixth one, says Sami laughing, will be Chinese, once the historians will claim that Buddha was born in Jerusalem and the Chinese army will invade Palestine.

Sami’s life continues surprising us, as we start looking at a wall covered with photos that proves memorable encounters: with Lord Snowdon, photographer and documentary filmmaker, Princess Margaret’s husband, who devoted two pages of his photo book to Sami, portrayed in his shop wearing an impeccable tailor mise, yellow meter and thimble. A picture in Atlantic City where he flew first class without paying a penny after winning the first prize in a lottery organized by the Continental airline at the opening of their office in Jerusalem. He tells us amused that his wife accompanied him on the trip, but had to travel economy class, as the free ticket was for one person only. 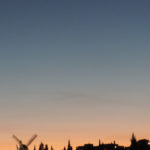 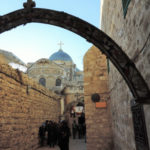 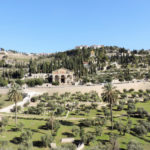 Sami shows us pictures of the first suit he sewed at the age of 17, pictures of his 5 children and 15 grandchildren and one, a little weird for us, of himself wearing a suit on the beach in Tel Aviv in the 50’s. Thanks to his tailor’s talent he also managed to avoid military service, as he managed to “convince” his senior official with two pairs of pants to relieve him from serving the Jordanian army. Of his brief military career, however, he still keeps a beautiful black and white photograph that he shows us smiling happy behind his thick white moustache.

Like any octogenarian, Sami cannot hide a deep nostalgia for the past, when people used to wear tailored suits now supplanted by cheaper, standardized, low-quality, often Chinese, goods. In addition to his tailor’s identity he is also proud of its religious identity as a Christian Syrian Orthodox, a Church that expresses itself in Aramaic, the language of Jesus, of which he is the mukhtar (head / representative or more literally and spiritually “the chosen one” ) in Jerusalem.

After a photo to capture this unexpected encounter, many laughs and some candies, we leave thanking him for sharing his story with us. Happy and with the strong feeling of having just gone through a unique experience, we leave the shop and go back to the deserted and dark streets of the old city. Sami shop disappears behind us, however the light in his eyes, the joviality of his laughter and the warmth of his gaze will accompany us forever. 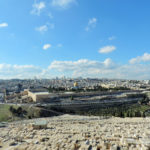 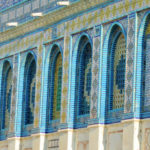 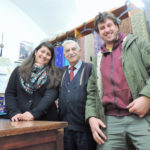