The Green Revolution in Cuba 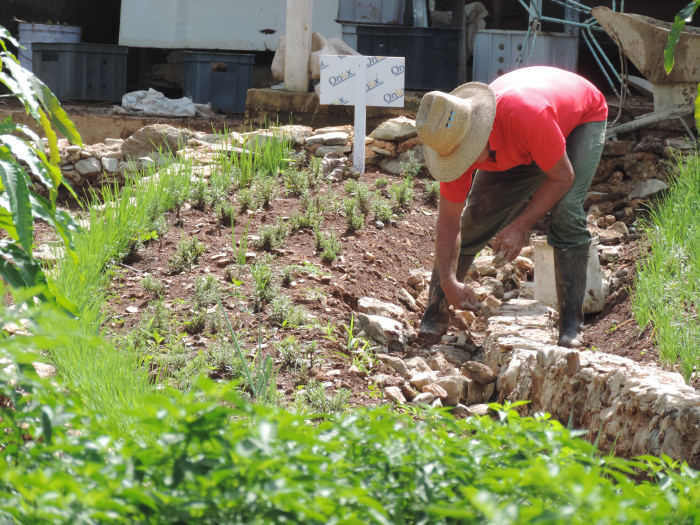 The Green Revolution in Cuba

No, we are not talking about the revolution that occurred during the 50s and headed by Ernesto Che Guevara and Fidel Castro. Many authors have already talked about it. The revolution we mean is more recent, less known abroad and totally non-violent. It is a green and environmental-friendly revolution we may call: agroecology. This revolution is slow and demanding as well as extraordinary in terms of extent, people involved and positive consequences on Cuba nutrition system.

We should go back to about 20 years ago in order to understand this silent revolution. At that time a social and political revolution was just beginning and it would have become the most relevant and long-lasting revolution of the 20th century.

Fidel Castro’s government inherited an agricultural system where 73% of the land belonged to barely 9% of the population and almost one quarter of the total island was owned by foreigner capitals, mainly American. Cuba prosperous soil fertility was mainly devoted to brown sugar cane, tobacco and cattle intended for exports. In 1958 Cuba richest classes and foreign companies controlled the whole agricultural system on the island. Consequently one Cuban out of 3 was unemployed and the forest destruction rate increased dramatically in order to expand the soil surface assigned to export products. 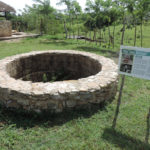 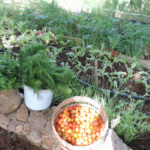 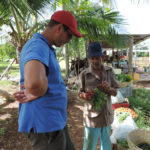 On March the 27th, 3 months after seizing the power, the new government passed the first agricultural reform whose main consequences were a reduction in land fields to 67 hectares, a state ownership of most land surfaces and a distribution of more than 1,2 million hectares of soil to rural cooperatives and families. Moreover, crop diversification was warmly encouraged, huge investments supported farmers’ harvest and offered valuable know-how enhancing agricultural developments.

In two years maize, beans and potatoes harvests –essential food in Cuba- increased at a pace of 25%, eggs quantity was 6 times higher and chicken quantity 4 times higher than before while tomatoes doubled. In 1975 in Cuba the total land devoted to feed Cubans doubled compared to 1958 levels while rice covered a surface 4,6% times vaster and citrus fruits covered a surface 9 times bigger. Throughout the 80s and 90s Cuba has experienced the Green Revolution illusion as many other capitalist and socialist countries did. The Green Revolution implied farm mechanization, large-scale irrigation, monocultures reintroduction but above all entailed a massive use of pesticides and fertilisers made abroad and supplied at cheap prices by socialist countries and Soviet Union.

At first farm production raised –even if at high prices- but soon after quality and quantity declined. Furthermore, soil and environment deteriorated with severe consequences on farmers’ and consumers’ health.

In 1989 the Berlin Wall fell down triggering the socialist bloc dissolution and the end of the Soviet Union. During the 90s the first decades were specially difficult since over 30 years Cuba economy had been based on mutual help and commerce with other socialist countries which are now unable to purchase Cuban goods and resell their own products. Oil imports shrunk 50%, fertilisers and pesticides more than 80% and food imports became impossible due to foreign currency scarcity.

The disappointing repercussions of the Green Revolution on agriculture and revolution in Cuba put the current establishment at stake. As confirmed by Fernando Funes Monzote in an interview with us, the situation on the island was desperate: “Body mass started decreasing”. For the first time since Fidel Castro had seized the power, food became hard to find. The socialist government had allowed millions people to access an adequate nutrition since up to 1959 only rich families could afford eating meat. Nevertheless, the whole system was now at stake because of Cuba import-dependent economy. At the beginning of the 90s 57% of the national nutritional needs were covered by imports. 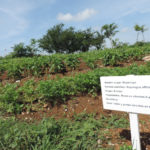 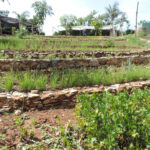 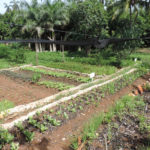 Once again farmers safeguarded their own revolution, a revolution made possible by their braveness and courageousness. Once external aids were over, the national government in Cuba passed some special measures thanks to the cooperation of some scientists and professors aiming at agricultural self-sufficiency, decentralised production, enhanced market flexibility, production incentives, cooperatives modernisation, more fields given to farmers and more resources allocated to research and innovation.

The genuine core of this new revolution was the National Association of Small Farmers committed to boost farm production in compliance with the official government program. The main changes were: use of animal drawn instead of tractors, use of renewable energy (biogas, wind and so on) instead of fuel, introduction of organic fertilisers, reafforestation of derelict lands, higher cooperative efficiency and innovative farming methods. This first phase had lasted up to 1997 [and was named input because: non sono riuscita a trovare l equivalente inglese. Se riuscite inserite voi la nomenclatura altrimenti lo toglierei del tutto] and the main goal was to grant Cubans enough commodities with no external aid.

Since 1977 agriculture in Cuba started developing into “agroecology” thanks to a “farmer to farmer” strategy implemented by the National Association of Small Farmers with a new approach to agriculture and farmers. In this framework farmers play an essential role in sharing knowledge, expertise, doubts and innovative solutions both with professionals and other farmers. The peer-approach has developed by making tests and mistakes within comprehensive and progressive changes. All results come from field studies, assessment of local resources and sharing of mutual expertise about seeds and innovation between farmers during meetings, demos, agricultural fairs as well as poems, songs, theatre plays and videos. The idea behind this is “To see is to believe”: a much more dynamic methodology able to spread information faster and more efficiently. Thanks to the National Association of Small Farmers and the farmer-to-farmer approach cultivation methods have reached 110.000 families in just a few years (almost one family out of 3) and combined with traditional and local know-how. Figures show how successful this revolution was: 3 times more beans, one and half tuber crops, 83% vegetables more. Nowadays Cuba has one of the highest levels of food self-sufficiency and is able to fulfil people’s needs with organic and sustainable methods and no use of genetically modified seeds. Additionally, scientific studies after hurricane Sandy have revealed that organic crops have been less damaged and have gone back to higher production levels much faster than those crops based on conventional agrochemical farming.

Cuba and its farmers revolution should be finally evaluated and appreciated going beyond ideological barriers. It is undeniable that farmers achievements in Cuba have led to environmental-friendly food self-sufficiency while fully respecting the environment in such a way that only few countries in the world and no country at all in Europe have done. Just try to see how much of the food we buy every day has been organically produced. 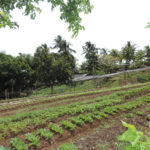 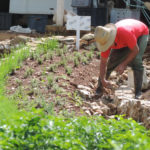 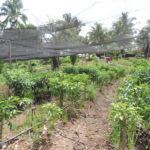