Water is not on sale 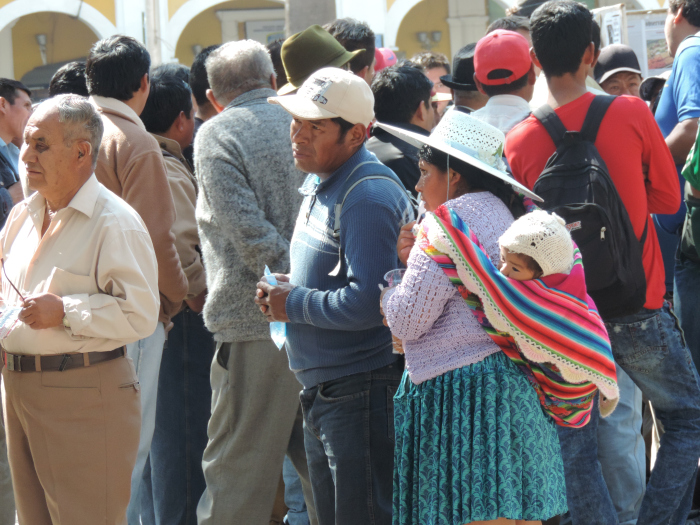 Water is not on sale

This is the story of a war, a war between people and political-economic interests, a war between those who see water as a common good and those who see it as a private and tradable good. This is the story of the water war in Cochabamba in Bolivia which took place between November 1999 and April 2000 and is told by someone who experienced it at first hand: Oscar Olivera, spokesman of the Coordinadora de Defensa del agua y de la vida, a network of citizens leading the successful fight against water privatization in Cochabamba.

The starting point was given by the neo-liberal reforms during the 80s. Natural resources and services which were public started to undergo a privatization in Bolivia -as in many other areas all over the world under the leadership of the World Bank and the International Monetary Fund. Big transnational companies -owned by foreign capitals- get most of the contracts signed at that time.

In 1999 water privatization in Cochabamba became law and the call for tenders was won by a consortium called Tunari Aguas (a river flowing in that region) and made of transnational companies such as Edison (from Italy), Abengoa (from Spain) and Bechtel (from the USA). Officially it was illegal even collecting rainwater without being authorised by the consortium.

Indigenous migrants were the first to take action, those who moved to big towns from rural areas, as well as citizen boards fighting to bring water in those areas not covered by the local supply system. Water privatization was an unknown and unprecedented idea, they had developed their own system rooted on farmers and indigenous traditions deeply connected with their culture and cosmic vision of life. Water is a common good and humans belong to a cosmic life which would be impossible without water, according to the indigenous peoples from Andes.

As stated by Oscar Olivera: “Water privatization means destroying a form of common living based on water”, a dangerous and useless intervention in a field run by and meant for people in order to introduce a redundant service in the hands of a foreign company. The fight for public water involved all social classes both rural and urban, water prices raised so dramatically that many household had to decide either to eat or to pay water bills. Water represented 20% of local households’ budget, breaking the WHO regulation imposing not to overcome a 2% threshold. 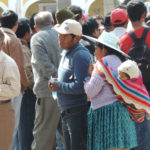 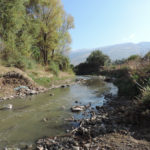 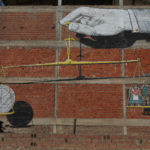 The fight for water represents an unprecedented turning point. It is a break with the country exploiting policy, a break with a system discouraging democracy and empowering rich people to decide about the future without hearing people´s voice. The water fight is “a war to decide the future of water as core element for life reproduction” affirms Oscar who adds “I used to manufacture shoes and every day we produced 10.000 shoes. The whole manufacturing process –from farming to the end product- for a single pair of shoes needs about 8.000 liters of water. But outside people had no water for living while there was enough water to manufacture shoes. This changed my point of view about life”

People in Cochabamba started protesting in November 1999 and reached the highest peak in February 2000 occupying the main square in town. Their startegies do not involve violence but symbolic actions like giving fire to water bills which was deemed as criminal by the government since they were destroying official documents. Nevertheless, on that occasion “people felt free from fear and burned their bills all together on the main square”, says Oscar. On March the 26th people organized a referendum and on April the 4th the Coordinadora del agua launched the final battle of this war for water: they occupied Cochabamba. Till April the 19th the situation there was a horrific chaos with protesters busy in defending themselves from the police with stones, stakes, home-made pepper bombs and molotovs.

On April the 7th local police is charged to find and shoot Cordinadora´s leaders. They start with home searches among activists and also at Oscar´s place when he was not there. On this occasion a gunfight occurred leaving in deep frustration his mother who –despite all the fear- urges him not to give up. The government tries everything possible to stop protests: the number of policemen involved dramatically increases, snipers (sometimes with no official sign) are all over, phone lines are interrupted together with TV and electricity in order to create panic and frustration among citizens.

People run the city over those days and the official government resigns while the major flees and finally police officers has to ask citizens the permission to go out. As mentioned by Oscar “When powerful people panic, citizens have already won”.

The war is won and people have full control in town also over some media. Oscar admits that their fight went even beyond their original goals (mainly regain water access and amend the national law about water). People won with no official leader, but just 5 rotating spokespersons who speak in the name of citizens according to what is decided by a permanent board.

The war had the usual negative consequences: 30 people got permanently wounded and lost their sight, some others lost their leg mobility, 5 people died (the 17 year-old Hugo Victor Daza in Cochabamba and 4 in El Alto, close to La Paz while they were protesting for the same reasons). Moreover, 30 activists were arrested, beaten and deported to the north of the country.

Despite their victory, after 15 years Oscar shows signs of disappointment: “People have thrown out multinational companies, have defeated Bechtel. The water company was made public again but people had something different in their mind: people wanted to have the last word and handle water supplies. We have not been able to turn the public water company into a company directly run by Cochabamba people”. The Coordinadora starts slowly losing importance and unity and many parts are absorbed Evo Morales´ government. In Bolivia in 2015 water is becoming a private good and the process has been started by the government – as Oscar explains us- “The government aims at destroying any form of community control on water supplies and life in general in order to convey it in its hands. President Morales wants to do through the state what Bechtel wanted to do as a company in 2000. The ultimate goal is to destroy boards and cooperatives run by people and transform those who pay water bills in mere banks” 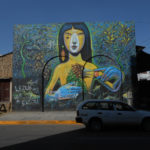 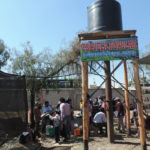 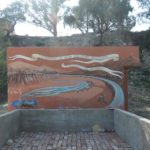