Chile: corporate dictatorship worse than earthquakes and tsunamis (Part I) 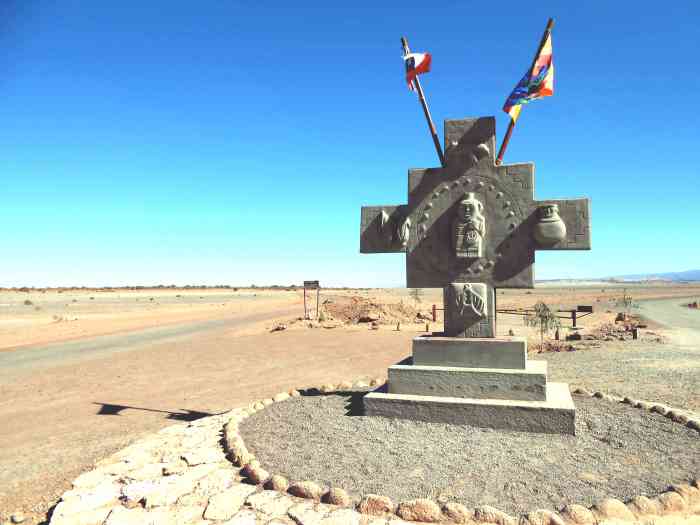 Chile: corporate dictatorship worse than earthquakes and tsunamis (Part I)

Tomas Gonzales, 30 years old, long hair and honest but sad blue eyes, shyly admits: “I’m afraid that my river might be dying: the river Maipo is now reduced to a trickle throughout the year instead of being a mighty and ever-changing river. I’m afraid because if this situation does not change, I will have to leave my home and move to another area, leaving my family behind as they cannot move.”

Chile is a country that often makes the news headlines because of earthquakes and tsunamis. It is also well known for the terrible dictatorship that governed the country between 1973 and in 1990, but away from the media hype, there are less famous challenges Chile is facing nowadays: a daily and systematic looting of its subsoil, a growing environmental pollution and the destruction of an ecosystem unique in the world. In short, the real earthquake is the man and the real tsunami is the savage exploitation of natural resources, all under the “subtle dictatorship” of large business groups, both Chileans and foreigners.

Sara Larrain tells us that the Chilean water is almost completely in private’s hands: “Water has been privatized, not during the dictatorship, but in ’90s during the, so called, “democratic transition” period, when water was bought by foreign companies like Suez (which owns 40% of the water in the country), the Canadian investment fund Ontario Teachers’ Pension Plan and the Japanese Marubeni and Mitsubitshi, that are now aiming to buy up to 20% of Chilean water.”

Sara explains also how the intense mining activities represent a serious threat for the country’s environment. For example, *Barrick Gold, the largest gold mining company in the world, is present in Chile in Pascua Lama (gold and silver mine) and in Zaldivar (copper mine). Barrick Gold is destroying precious glaciers in the area of ​​the Atacama Desert, one of the driest areas of the planet, where glaciers are the only source of fresh water. The public company CODELCO, responsible for copper extraction, is expanding its operations with the project Andina 244 (central Chile) and with the project Teniente, in the O’Higgins region (southern Chile), multiplying the risks for underground waterways. Tomas confirms this situation, born and grown in the Andean valley of the Maipo river basin, where the Santiago aqueduct water comes from, and where one of the largest hydroelectric dams in the country is under construction. 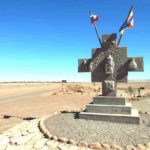 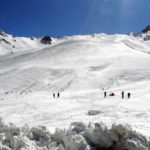 Tomas passionately tells us: “The Maipo river basin is a fragile environment and the State is not protecting it:  too many mining activities, hydroelectric dams and conventional agriculture are rapidly contaminating the area. The Upper Maipo dam project consists in the construction of a huge 70 KM long tunnel, 6 to 8 meters in diameter which will drain 90% of the water of 3 the rivers forming the Maipo basin: Volcan, Yeso and Colorado, leaving the river with only 10% of its current flow for more than 100 km. In this project are involved transnational corporations such as AES (USA) that obtain the permission irregularly and found a necessary national partner in the Luksic’s group (40% shareholder), one of the wealthiest families in Chile, which finances all main Chileans political parties. The rest of the consortium, financing the remaining 60% of the project, is composed by: Inter-American Development Bank, International Finance Corporation, Corpbanca, Banco de Credito e Inversiones, Banco Itaú (Brazil), Banco del Estado de Chile, KfW IPEX-Bank GmbH and DNB Bank ASA. Initially the project was presented as having the aim to provide electricity to the city of Santiago, but then it became clear that the aim of the project was to support the mining activity expansion in the 4th region where the Luksic group has strong economic interests”. As an engineer, Tomas also notes that: “The power station will produce less energy than planned because they used records of the river flow of 50 years ago, when the rain was more abundant. Against the 530 KW programmed the central will actually produce only 190 kW of which 128 would be devoted to mining activities”.

The Upper Maipo dam project started last year and the excavation of the tunnel is ongoing. The environmental impact assessment did not consider what it would happen to the glaciers and the surface water during the perforation and once the tunnel will be finished. The Maipo basin is a very complex area, rich of natural wonders, historical-archaeological sites and natural springs inhabited by a fauna unique in the world. Sadly, Tomas admit: “There is already a strong social impact with an increase in prostitution, abuse of alcohol and drugs due to the presence of more than 2,000 workers of the companies related to the hydroelectric project.” Same picture described by ANAMURI, which emphasizes how often the mining projects, as an indirect consequence, cause an increase of alcoholism, violence against women, prostitution and drug abuse which in turns cause the disintegration of local communities and rise in social tensions between locals and immigrants over working and housing rights.

According to ANAMURI, conventional farming, with the use of chemical fertilizers, pesticides and herbicides, contributes to the deterioration of social and environmental conditions in Chile: “The Green Revolution imposed intensive monocultures in Chile to export wine grapes, fruits and vegetables, causing the loss of crops diversity and the increasing debts for small farmers who tried to meet the market requests. Small farmers are primarily more interested in producing different types of vegetables to feed their families and in case of extras, to sell their products on the local markets, rather than to compete with larger companies, that is a lost battle.” ANAMURI women continued:” Chile does not have large extensions of soy plantations as Argentina, Uruguay and Bolivia, simply because the geography of the country does not allow it, but the agricultural production is changed here too. For instance, now people are not growing corn and beans anymore, but we are importing them and the consequence is a result of a progressive loss of food sovereignty and a strong deterioration of farmers’ livelihoods.”

Luckily enough, in this dramatic picture, as in the case of many earthquakes that hit the country and the cruel dictatorship of Pinochet, Chilean people know how to mobilize and react. (It continues in the second part)

* In 2014, the Barrick Gold company (Canada) declared an annual income of approximately $ 10 billion, equivalent to the GDP of entire countries of Nicaragua, Armenia and Madagascar.

On 13th September, 2015 Barrick Gold was responsible for the spillage of 1,000,000 cubic meters of water contaminated by cyanurate in its mine near San Juan in Argentina. See (in Spanish): http://www.infobae.com/2015/09/23/1757554-barrick-gold-reconocio-que-derramo-mas-un-millon-litros-solucion-cianurad