The road up to Kolkata 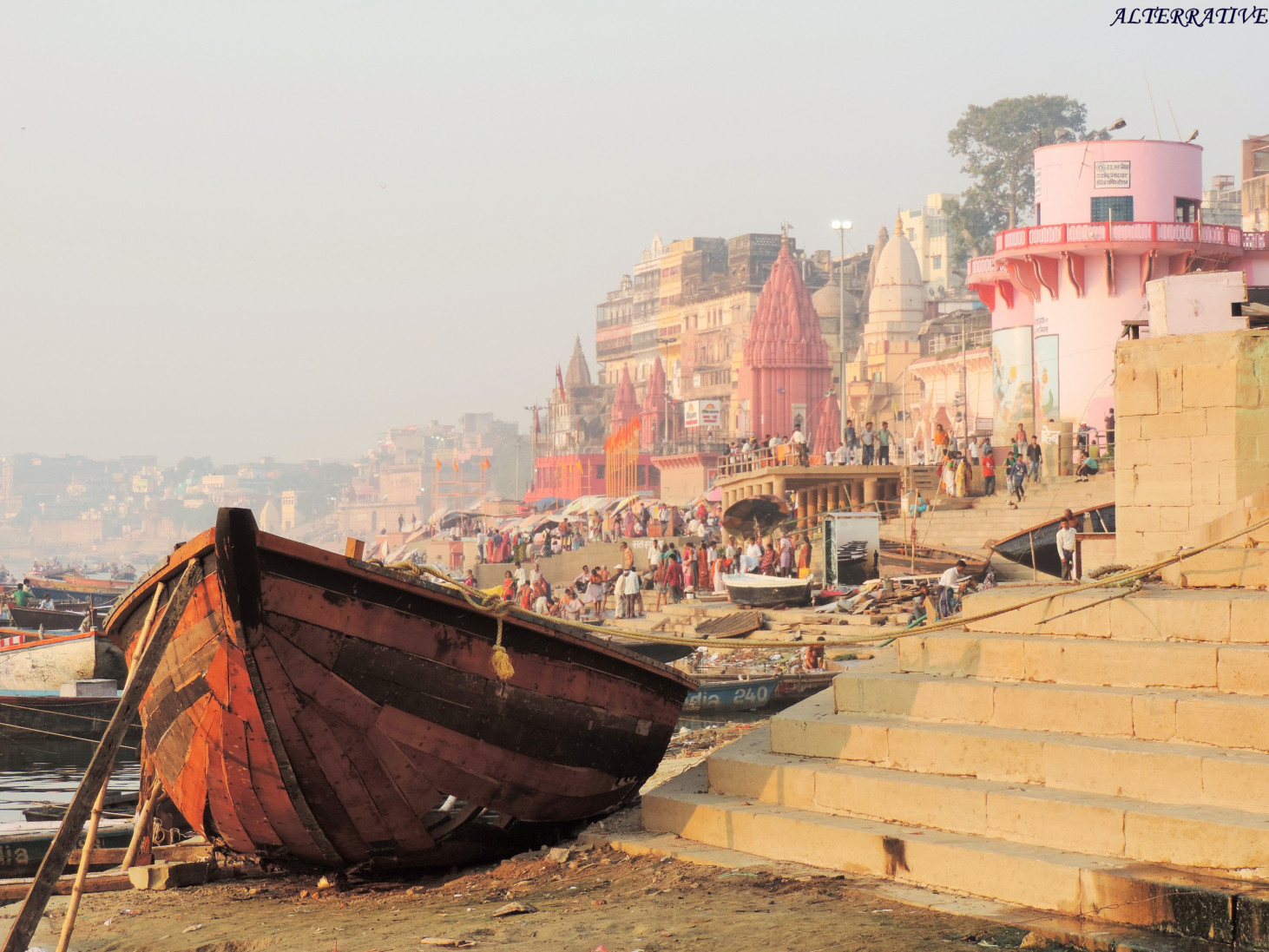 The road up to Kolkata

Walking the noisy, congested but colorful streets of Kolkata, formerly known as Calcutta, it is like taking a trip back in time. Hold your breath before immersing yourself into the chaotic streets of the city where you have to swim among thousands of people crowding the sidewalks and where you dodge taxis, cars and scooters beating the time with the sound of their horns. You need long strokes in apnea to reach your goal. To observe the life around, you have to stop to catch your breath and only in this way you can see the many faces surrounding you. Men wearing vest and lungi[1] ring small bells to draw the attention of passers-by offering them a rickshaw ride, pulled by hand. Other men set up their stalls of fruit, pastries, samosa[2] and cigarettes along the sidewalk almost blocking the passage. Women with bindi[3] in their forehead and wrapped in their multicolored dresses trying to cross the street. Elders, children and disabled people sitting on the ground begging. You get the feeling that these people live their daily life on the streets. They meet, chat and sip tea sitting on plastic stools in the middle of the sidewalk. They wash their dishes, clothes and even bath their children using water hydrant. They can have a nap laying on a piece of cardboard in the shade of a house. The noise, the crowd and the smell of garbage piled along the way push you to take a breath and continue swimming in apnea. Which year is it? It can be 2015. 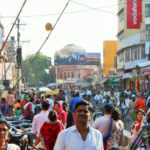 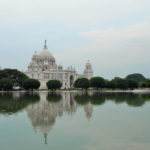 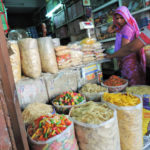 I thought it was hard to feel these emotions after several years working in Africa and 7 month journey, during which we visited 18 countries and met amazing people who shared with us their stories of struggle and hope. From San Francisco to San Cristobal de las Casas, from Quito to Hanga Roa, from Phon Penh to Kolkata stories are almost the same. It seems impossible that in different countries where people speak different languages ​​and wear different dresses, they are all facing similar problems. In San Cristobal de Las Casas, Maria welcomes pregnant adolescents who knock on her door, seeking hospitality after suffering violence. She accompanies them during their pregnancy and assist them in the difficult reintegration into the community where they do not want to go back because of the shame they fell for the abuses suffered, often, by the hands of one of the members of their families. In Chile, Miriam and Mafalda work along with women from rural indigenous communities to enable them to work and to ensure the health of their children, overcoming all forms of discrimination they face as women and as indigenous. In Phomn Penh, Keo and Hun host girls who are trafficked and sold into prostitution in Thailand and Cambodia, offering them a safe place where they can study and learn a profession and then start over again, leaving the risk of sexual exploitation behind. 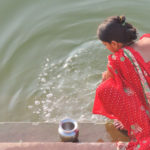 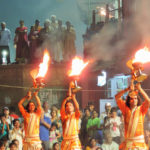 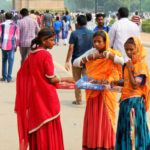 A Nexquipayac, Mexico, Felipe welcomes us in his simple house where we share with him and the rest of the group of FPDT (Popular Front for the Defense of the Land) the delicious beans and hot quesadillas[4] prepared by his wife. Felipe spent the last four years in prison for having defended the land of his community against the attempts of expropriation by the government, that want to build a new airport where they live and cultivate according to rural tradition. The Land. A key resource for which Vanessa and the members of the Gill Tract Community Farm are fighting in Berkeley, California. They create an urban garden where the administration of the Berkley University plans to build shops and apartments. A community plot, where they are not growing only tomatoes and lettuce but also cultivating friendships and opportunities for some of the many immigrants who come to town. A tough fight like the one carried out by Carmen and Carlos in Ecuador, against projects of exploitation of mineral resources that affect the balance of the ecosystem and pollute the underground water resources. Projects that would push the Kichwa community to leave their fields and pour into the cities where they would make a living selling candies and cigarettes and  posing for photos with tourists. Development projects and privatization threat the access and the use of water also in Chile, where Tomas and Sara are struggling against, and in Bolivia, where few years ago, in Cochabamba, Oscar and other members of the Coordinadora de l’Agua , popular organization in defense of water and life, succeeded to chase away a big multinational company.  We spent few days in the Lacandon jungle, with the Zapatista communities where there is always a place for everyone, where you can sip a cup of coffee sit along the riverbank and fell like a home. Small communities, united, where people live together and where most of the months of the year they do not need money to live: they just need cash when they have to send their children to school, to buy clothes and books.

In these seven months, we were lucky enough to have travel mates who allowed us to open our eyes on how close we are to each other, about how much suffering and inequality, we thought obsolete in many parts of the planet, actually are still hitting women and vulnerable people. We opened our eyes and our hearts and understood that there is still some way to go to live in a more just and more equitable way. Our travel mates are people who choose to be engaged and defend their roots, their land, their resources. They are people who personally experienced, on their skin, unjustifiable harassment, violence and terrible injustices.

And now, India. Here we meet a Dalits women association. Dalits are the “untouchables”,  people who in the caste system does not belong to the four main castes. Although the Indian constitution of 1950 has officially abolished untouchability and the caste system, thousands of people still live on the margins of the society, making the most degrading work (digging graves, clean latrines, skinning and removing dead animals) for a handful of rupees every day. Many Dalit girls enter into prostitution when they are 6-8 years old and according to official sources, more than 200 Dalit women are raped each year, aged between 6 and 70 years. 83% of Dalit women not finish the primary school and in the family are the last to eat: if the food is not enough for all and they are the one to remain fasts.

While you are watching, smelling and listening to all the life flowing around you, in the streets of Kolkata, the temptation to go in apnea again and continue to swim following your direction without looking, smelling and listening is strong. But at this stage, it is not possible anymore. There is another more powerful force that is asking us to stop and open ourselves to dialogue, listening and meeting. The stream of life and of this journey is pushing us towards strong swimmers who want to tell their stories and swim with us side by side for a while to continue this wonderful journey of discovery of this ocean of suffering but also of strength, courage and hope. 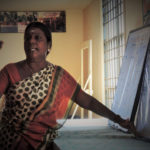 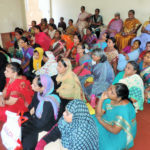 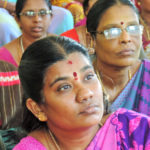 [3] Bindi: a mark (such as a red dot) or piece of jewelry worn on the middle of the forehead especially by Hindu women

[4] Quesadillas: flat bread corn stuffed with cheese, sometimes with the addition of meat or vegetables, typical of Mexico