The wiper moves rhythmically, cleaning the windscreen from the abundant rain falling out of Durban. We are in South Africa, and after a few days exploring the city and its spectacular waterfront, renovated for the World Cup of 2010, its beaches and the wonderful aquarium, we are moving towards the south, in a rental car, stuck in the rush hour traffic. After about an hour we manage to escape the city centre and we pass through Durban a very ugly and grey area: the harbour and the industrial area, surrounded by dilapidated townships, the ghetto neighbourhoods where the black population was forced to live in the apartheid era and that, still today, are the most deprived, poor and insecure urban areas.

We travel parallel to the coast, to our left is the blue Pacific Ocean, in front of us the grey highway, wide and well paved, which runs through the rolling, wavy and green hills of KwaZulu-Natal. On the roadside dozens and dozens of people, in the rain, are waiting for one of the many white vans that provide public transportation. For we Italians, it is very strange to see so many people walking on the highway and sometimes running across the lanes, terrified by the fast roaring cars driving by indifferently. We arrive at the Ku-Boboyi Lodge, a delightful place. It is already dark, we have a relaxing dinner listening to the ocean in the distance, interrupted from time to time by the owner’s life stories. Around 10 am, tired, we go to bed. We get up early in the morning, with a great view over Leisure bay, a golden beach that marks the beginning of the Wild Coast. No name has ever been more appropriate, since it is a magnificent stretch of absolutely pristine coast, not yet disfigured by concrete, from asphalt and from commercial exploitation, so heavy in other coastal areas of South Africa. 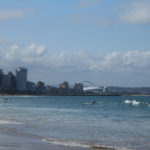 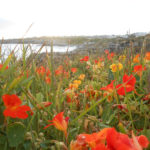 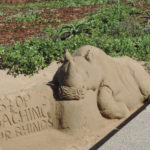 We are here to meet the representatives of the Amadiba Crisis Committee (ACC), a community organization that is fighting to defend its territory from the mining project developed by the Australian Multinational Mineral Commodities (MNC). This company owns the Transworld Energy and Minerals Resources (TEM) and the Xolobeni Empowerrment Company (XOLCO), founded by the MNC to manage the mine and promote the hypothetical positive effects brought by the mining project to the local communities. The plan is clear: to exploit the rich mineral sands in the area, transform them and export them through the nearby Durban port to the rest of the world. The project area has a length of 22 km and a width of 1.5 km for a total of 2,867 hectares. Only 5% of the sands contain heavy minerals, but of this 5%, as much as 65% has a high commercial value: 139 million tons of titanium-rich minerals, such as: ilmenite, zircon, leucoxene and rutile used mainly in the paint industry. The MNC would invest about 180 million euro to build a plant for the mineral separation and a foundry, which would employ about 300 people.

In short, what the company is proposing is to devastate almost 3,000 hectares of pristine coastline, inhabited by about 15,000 people, with large-scale mining projects, polluting factories and new roads, evicting 200 people and destroy once and forever the ecotourism potential in the area. This eco-social disaster to create 300 jobs, until the extraction of the mineral will last, i.e. for about 20 years. Any person with common sense will agree that the operation is not beneficial at all for the local community, which would benefit very little out of the millions of euro from the selling of the minerals. Exactly for this reason, the inhabitants of the area have always been strongly opposed to the project and willing to resist this kind of “development”. The project finds its purely economic meaning, only taking into account the huge profits for the company, nearly 700 million Euros, and the South African government, nearly 170 million euro. 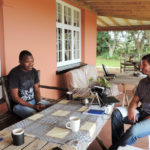 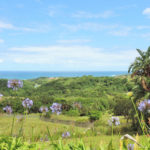 The history of this project is quite similar to many we have already heard during our trip, unfortunately, from Mexico to Chile, from Cambodia to South Africa large “development” projects do not consider that local communities should choose the destiny of their territory and of their lives. A brief overview of what happened in Xolobeni reveals how the attitude of the multinationals is both violent and repeated, and very similar to what is happening in other countries and continents. In 2002 a first exploration license to extract titanium from the sandy beaches of the Wild Coast was approved. The relationship between the company and the local community worsened until breaking point in 2006/7 when the community refused to agree to any kind of mining in the area. In 2008, the government issued a license for mineral exploitation, suspended after four months due to new protests. In 2011 communities appealed against the granting of the license and so it was withdrawn. In March 2015, MNC company files a new application for a mining license, but government approval is still pending, blocked by the resistance of local communities who are stopping the environmental impact assessment required to obtain a license.

According to the Amadiba Crisis Committee representatives that we met, the mine would have a tremendous impact on the 5 communities living in the area and their natural environment. The extraction processes would consume 13 to 15 million cubic meters of water a year, when local communities are already struggling with water supply. Furthermore, sands removal would undermine the estuary of the local rivers and cause serious damage to the fauna that live in Pondoland marine conservation area. There would also be serious social impacts, caused by the expropriation of land, the forced relocation of entire communities and the need to build a new highway to transport minerals to the port of Durban. A new paved road instead of the current dirt road would result in a sharp increase in traffic, pollution and a disruption of the current rhythms and balance of these rural villages that are strongly against this kind of development. 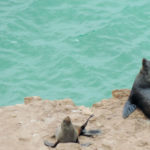 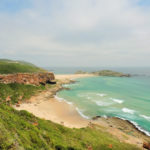 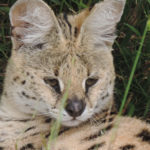 New clashes between the mining company and the local communities occurred again last Christmas when villagers experienced physical intimidation, shootings, searches without warrants in the middle of the night, ambushes and beatings. Some people are still sleeping in the forests, away from their homes because they are too scared to go back. Four people were arrested for attempted murder during the violence in December, they are 4 local young men, probably bribed with a few rands (the South African currency) that at Christmas are useful to happily celebrate the festivities. It does not seem a coincidence therefore, that two people linked to the MNC multinational paid the deposit for the 4 suspected of attempted murder a few hours after the arrest. Even community leaders sometimes succumb to the temptation of corruption, in the form of a job, a guaranteed salary or a luxury car, in exchange for supporting the project. It happened to the village chief Bizana, one of the villages in the project area: Mr. Long Baleni, was a strong opponent of the project until he was hired as Xolco director, one of the subsidiaries of the MNC. So, for the interests of a multinational company, issues such as corruption, violence and social conflict are fomented in a community made up of people who would just like to be left alone to work the land, grazing cows and develop a much more sustainable business:  eco-tourism. Some community-based eco-tourism projects have already started and are regulated according to the procedures and limits agreed during assemblies, in meetings and on a democratic basis. They are an example of real democracy, which comes from the people, made of divergences but also of autonomous and shared choices, far from the example of the South African State, where, too often, transnational mining companies and the African National Congress (ANC) government decide without consulting and without listening to the voice of the people living on the territory. 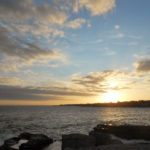 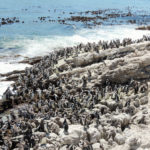 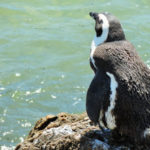 Mzamo and Nonhle, members of the Amadiba Crisis Committee, smile shyly over a cup of tea which we enjoyed during the interview. They are normal people, humble, sincere, but with their words, their smiles and their eyes they convey a great inner strength. The strength of people resisting to decisions imposed by force, the strength of people believing in what they do, the strength of those who fight to defend their land, their own future and that of their children. For now the project has stopped. Xolobeni is greener and lusher than ever, the small organization formed by some hundreds of South African peasants is stopping a powerful Australian transnational company backed up by the South African government. Nelson Mandela used to say: “It always seems impossible, until it is done”. Amadiba Crisis Committee activists have proved that they can do it, we hope that they will continue to stand up against the giants of the mining industry, the giants of destruction and of the denial of human rights.