Ode to the Andes 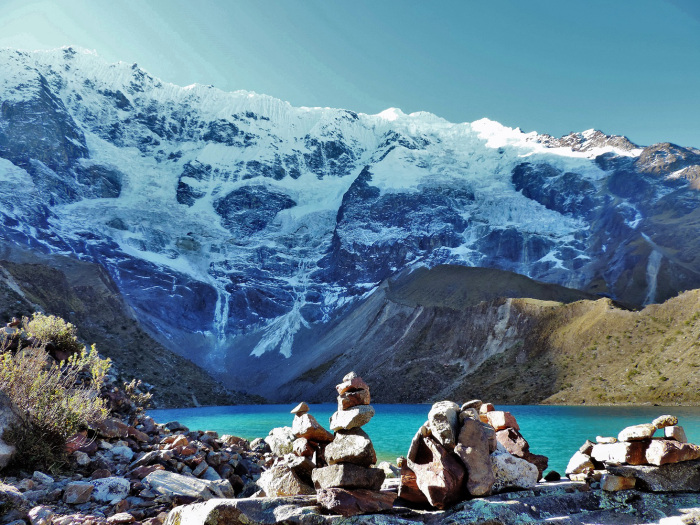 Ode to the Andes

(thanks to Raffaella Rossi for the translation)

The Andes, more than a geographical place are a sensorial journey, unforgettable for anybody who has ever travelled there, even for just a few days. Our first encounter is visual. The Copa Airlines flight that is taking us from Cuba to Ecuador whizzes in the late June sky and, despite few clouds, we can still admire at the horizon, snow-capped and majestic, the Andes. Quito appears as a long snake that occupies a narrow Andean valley surrounded by the mighty volcanoes Pichincha, Cotopaxi and Cayambe. On June 27th, Daniela’s birthday, we climb up to 4,100 metres to admire the city from the top: it’s cold, we are running late but this first Andean sunset still charms us with its beauty. Our entire trip to Latin American is defined by the Andes. The dry and biting cold between June and August makes us shiver and get closer in our tiny tent on the first two nights of the Salkantay trek in Peru. A 70 km long trail, spread in five days to finally reach the fascinating and mysterious Machu Picchu, which retains its magic despite the thousands of visitors who walk the narrow streets of the citadel every day. During these intense and tiring five days we heard the roar of the Andes, generated by the mighty glaciers. Huge white masses seemingly motionless but in reality constantly moving and melting in the sun, giving birth to icy lakes that we swim for few minutes of unique sensations. The skin becomes numb, the breath stops and suddenly you feel like choking and losing your legs until you start swimming and realizing that your legs are still working as much as your lungs. Luckily the heart of the Andes hides unexpected warmth and provide natural opportunities to warm up and relax. In Banos, Ecuador, for less than one Euro, we could enjoy five different natural pools, each one with a different temperature, from the freezing cold of the glaciers to the boiling water where is recommended not to spend longer than 10 minutes to avoid health consequences. This deep and intimate contact creates an unbreakable bond between each traveller and the Andes, always there to surprise and make the trip a wonderful adventure. 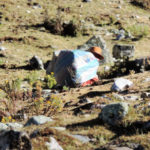 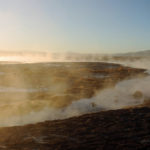 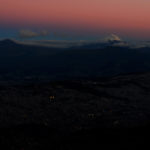 The Andes are fascinating at all hours of the day and night, but it is at the transition from one to another that the show reaches its climax. On the Island of Sun (Isla del Sol, Bolivia), a sacred island in the middle of the biggest Andean Lake, the Titicaca, we woke up in the middle of the night and covered by layers of clothes, hat and gloves, we reached the highest peak to watch the sun coming up behind the Illampu. What an incredible emotion to be waiting for the sunrise with the cold biting our cheeks in complete darkness and silence. In that cold July morning we admired the miracle of the darkness vanishing while a new day appears and nature awakens. The Island of Sun, birthplace of the first Inca according to the myth, with its dusty trails, the quiet farmers growing quinoa and the women taking the cows to pasture, is a place where the soul finds peace. The placid water of the lake shines, the condors fly softly across the blue sky, the sun is strong and relentless on the face of the cholitas, leaving their skin red, for the whole day until the sun rapidly sets, the sky darkens and a million stars appear to keep you company, as you rapidly look for a place to enjoy a warm soup. During another magical Andean dawn, we felt the breath of the Mother Earth, at almost 5,000 metres of altitude on the border between Bolivia and Chile, with enormous geysers erupting steam currents ten metres high, huge dark puddles of boiling mud and the strong sulphur smell. 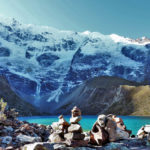 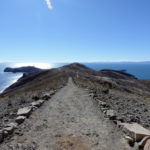 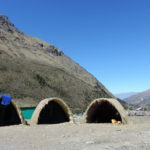 The Andes are generous of flavours and smells too. The ever-present smell of coca leaves is impossible to forget, chewed or drunk in infusions to help fighting the altitude sickness and tiredness and more recently used to flavour candies. Less known but often more valued is the muña infusion, another useful herb. The Andean cuisine is simple and plain but its main grain, the quinoa, very tasty. Initially grown only in the Andes, it has been for a long time the staple food of the Andean population living on the Ecuadorian, Peruvian and Colombian mountains, and has nowadays become an expensive product exported globally.

We are the Andes as we open our eyes to these wonderful mountains, breath in the ancient dust carried by the dry wind that smells of coca. We are the Andes because the Andes get in your heart to never leave it again. 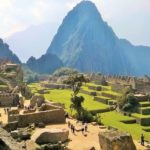 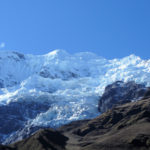 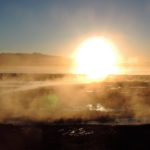